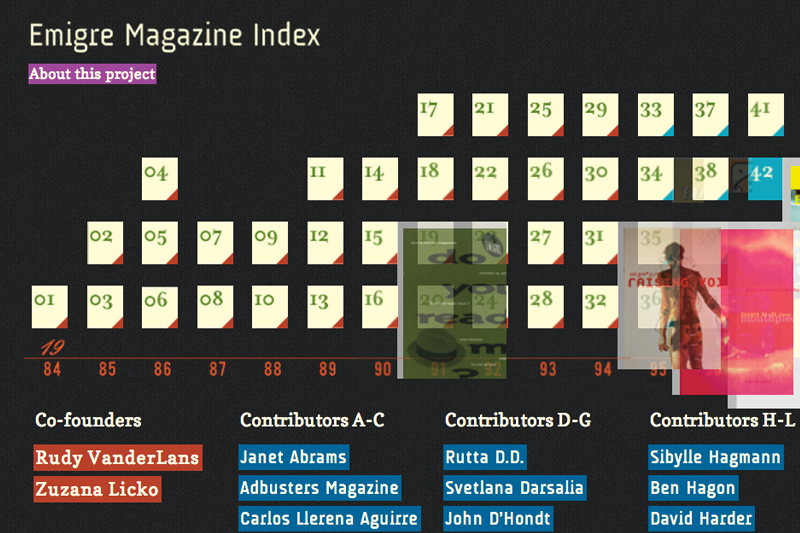 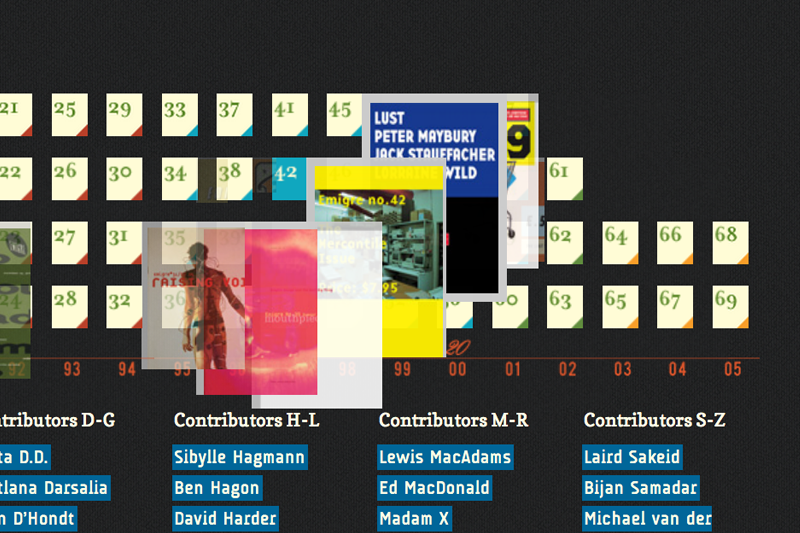 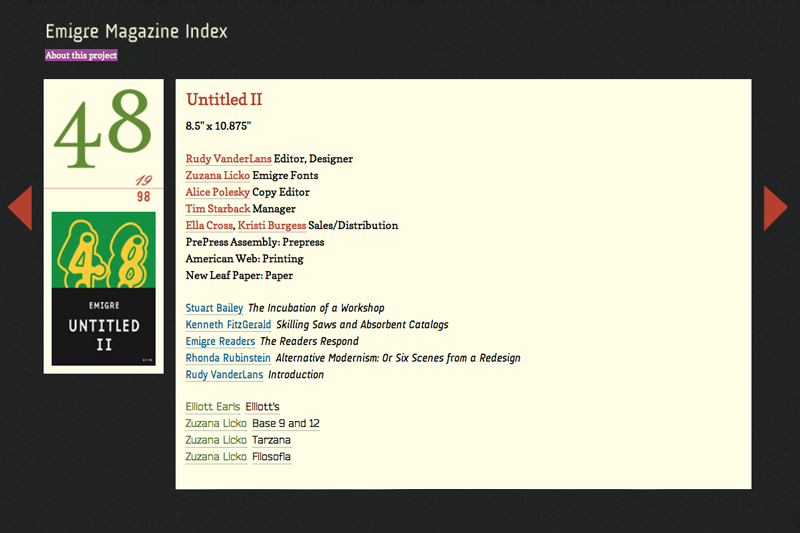 The Emigre Magazine Index, part of the Goldstein Museum of Design, was developed as a resource for designers, scholars and fans of Emigre magazine. In addition to visual design, my roles were in project conception, research, information architecture and website production. By meticulously mining the contents of the entire collection, others are allowed to see the impressive breadth of contributions over the publication’s twenty-two year existence. The index is focused on connections between issues, people and the original typefaces used throughout the magazine.

Emigre published sixty-nine issues between 1984 and 2005. Subversive and sophisticated, its founders Rudy VanderLans and Zuzana Licko – together with numerous designers, writers and artists – assisted in elevating typography and graphic design to a serious and respected field of study.

View the project interface at the Goldstein Museum of Design. Funded through the Joss Graduate Internship.

Read my article about this project in Design and Culture journal. Accepted Manuscript version (PDF)