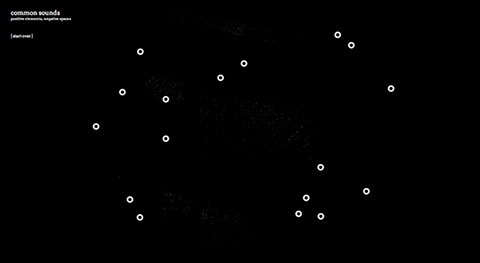 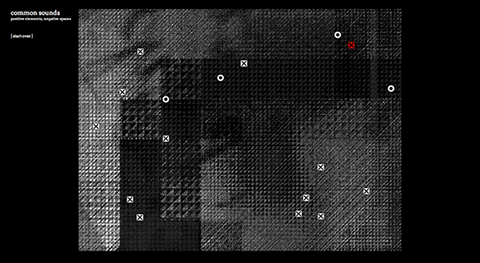 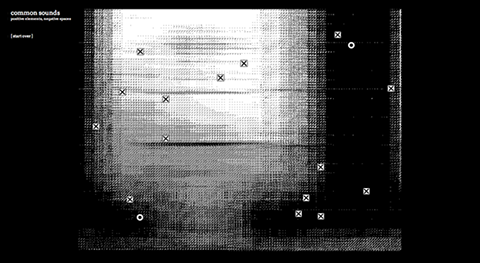 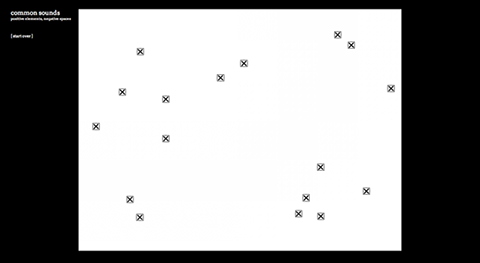 In design and writing, negative space shapes positive object. One does not exist without the other. Common Sounds explores this symbiotic duality with interaction and remixing, presenting an environment that invites the user to both perform an audio-visual composition as well as write a non-linear narrative. Thus, the listener also becomes a performer and the reader becomes a writer.

Sounds were sampled from the public sphere, and range from a cat purring to running water to a radio broadcast played backwards. Using time as an additional medium, the interface invites the user/reader to compose and arrange, and no two performances will be exactly the same. Remixing positive elements and negative space, the interface’s punchline is white noise; as sounds accumulate, visual information disappears.